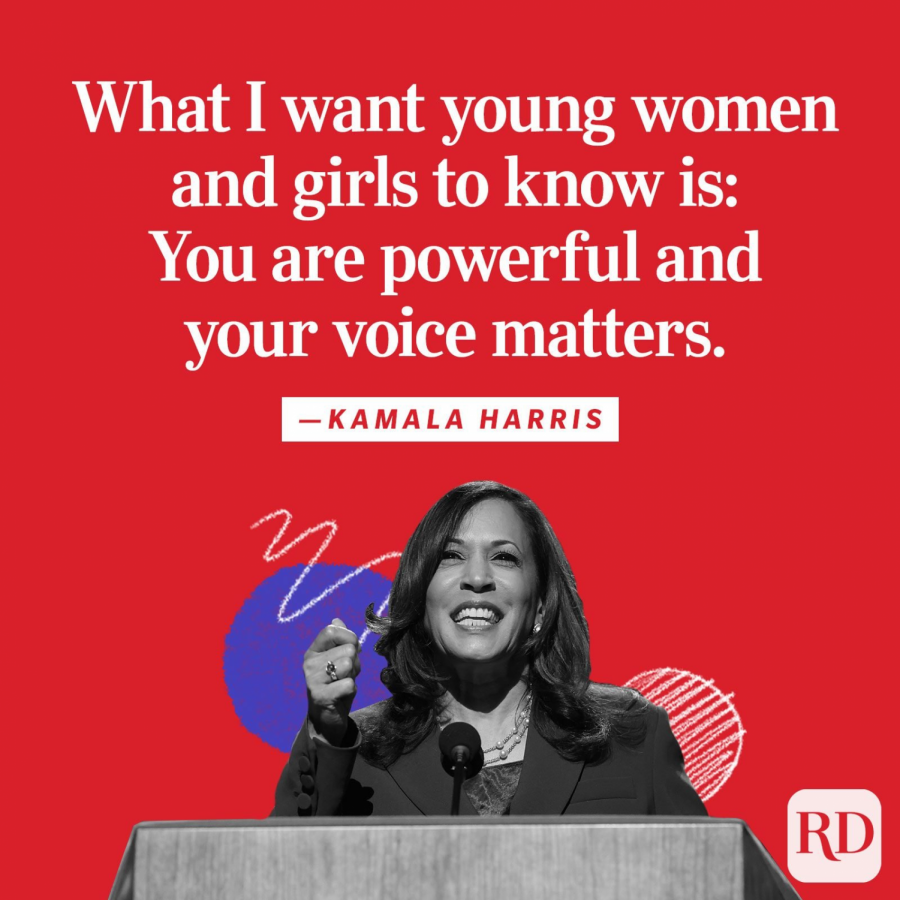 Kamala Harris, born in Oakland California in 1964, is as of 2021 the first woman, first Black American, and first South Asian American to be elected Vice President, along with the other offices she has held. She is, however, determined not to be the last.

In her early career, Harris served as San Francisco District Attorney, Attorney General of California, and United States Senator. She has degrees in political science, economics, and law. Her mother, an incredible woman as a biomedical scientist, impacted Harris’ life in many ways. She had activist parents and a diverse community, family, and role models growing up whom she attributes to have helped guide her to become the woman she is today and motivate her to be a prosecutor.

Guiding her throughout her career were the words from the first time she stood up in court, “Kamala Harris, for the people.” In her career she has done many notable actions that reflect this motto. For example, in 1990 Harris helped prosecute child sexual assault cases for the Alameda County District Attorney’s Office. Always thinking of the people, doing the best for the people, and speaking out for the people drove Harris to help immigrants, working families, renters, DREAMers, and more… She has additionally created, campaigned and signed for laws that improve life for the people, just as she strove to do.

They are currently working on the Biden-Harris plan such as the Build Back Better program, created to improve America’s problems that are discussed around the kitchen table as “real results for real people.” Another promise of theirs is to help improve maternal/reproductive health and stop maternal mortality. This is especially important considering America has the highest death rate of all developed nations even with advanced technology and that half of these deaths occur after childbirth during the first postpartum year. The President and Vice President are also working on creating substantially paying jobs and fixing the country’s unemployment rate, which currently stands near an alarming seven million Americans.

In addition they have created a National Steam Council that is focused on building the STEM workforce, addressing climate change, and promoting rules and norms that will govern space. They are also working on decreasing the costs of prescription medicine, and overall health care including child and elder care. Another project Biden and Harris are involved in is promoting the use of electric cars and therefore bringing America into an electric and zero-emission future. Last but but not least, Kamala Harris is working arduously beside Biden on the Bipartisan Infrastructure law, replacing lead pipes so all children and all people can access clean water in their school and home nation-wide.