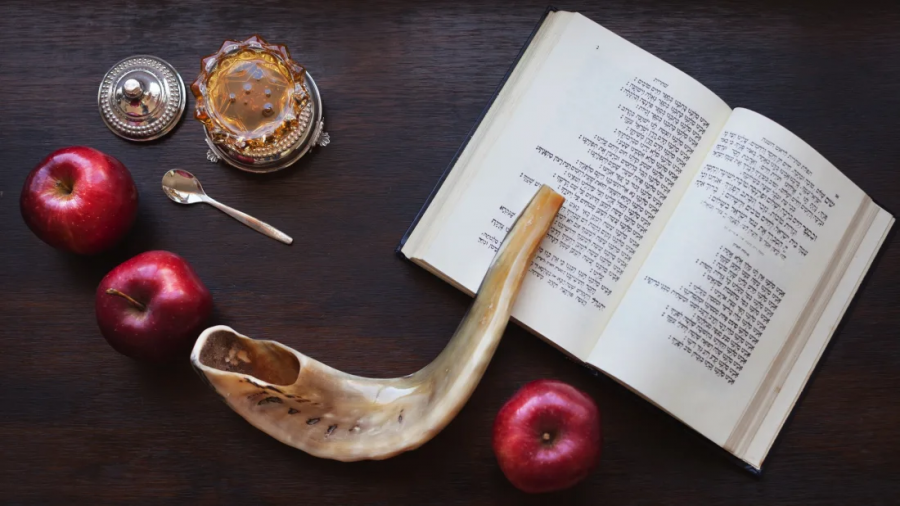 Jews make up .2% of the global population, a fragment of the sects of Christianity, Islam, and even Athiesm or those who are nonreligious. Nevertheless, almost everybody seems to know at least one person of this faith, whether it be through school, work, or in their community. And although a small demographic, we as Jews are never short of holidays- so much so that it may seem to the average onlooker that we are constantly celebrating some festivity. Therefore, I bring to you a ready list of Jewish holidays for reference when you don’t know why you’re taking off school or are not sure how to greet your religious friend.

The Most Important Holidays of Judaism

All Jewish holidays hold significance in their story or purpose and often have histories behind them that are shared and studied during the holiday. Many believe Hanukkah holds the greatest importance because it, like Passover, lasts eight days and falls around the time of Christmas, an important Christian holiday. However, some of the most significant holidays of Judaism are actually months before Hanukkah and are entitled the “High Holy Days:”

Rosh Hashanah: The Jewish New Year is celebrated usually in September and marks the creation of the world, often celebrated with a feast as well as apples and honey to toast to a “sweet” new year. Tashlich also occurs during the two days of Rosh Hashanah, in which Jews go to a lake or pond to pray and traditionally throw pieces of bread into the water to represent the sins they are discarding or asking for forgiveness toward. A shofar, an instrument made from the horn of usually a ram, is blown during this holiday as well as Yom Kippur, a custom in the celebration of the New Year. Rosh Hashanah begins the 10 Days of Awe, a period of reflection and introspection, on which Yom Kippur falls.

Yom Kippur: This holiday, the Day of Atonement, is often well known for the day off it grants to students within most public schools. Characterized by a 25-hour fast, Jews take the day to reflect on their sins and go to temple service, this holiday of which commands no work or arduous activity.

Shabbat: This holiday occurs once a week, from sundown on Friday night to sundown the following Saturday. Shabbat is considered a “day of rest,” as it surrounds the story of God’s creation of the world as He rested on the last day of the week of creation. On Shabbat, religious Jews recite prayers over the candles, children, wine, and challah (a braided egg-based bread) and enjoy a festive meal. After dinner, many families bench, a ritual of singing final prayers after they have eaten. Religious Jews, usually strictly conservative or orthodox, forbid work on Shabbat, meaning one cannot drive, write, use electricity, etc.

Passover/Pesach: This eight-day holiday celebrates the Jews’ freedom from Egypt, where they were in servitude. This story highlights Moses as his conversations with God result in the enforcement of ten plagues upon the Egyptians in order to press Pharaoh to free the Jews. This of which he finally agreed to after the death of his first-born son (caused by the tenth plague) but quickly reconsidered, resulting in a chase after the Jewish people. Moses, in his connection with God, split the Red Sea, allowing him to lead his people to the “land of milk and honey,” or Israel, while drowning the chasing Egyptians in the process. Two seders are held the first two nights of Pesach, as it is custom to read the story of the holiday, sing prayers, and follow the order of eating- as before the meal, multiple prayers are said over the greens or karpas (which are dipped in salt water to represent the Jewish people’s tears), charoset (can either consist of apples and cinnamon for Ashkenazi families or dates and walnuts for Sephardic families), and other foods including matzah, bitter herbs/maror, and an egg. It is also customary for the children of the seder to search for the afikomen, a half of the matzah broken during the seder that the adults hide throughout. During the eight days of Passover, Jews cannot eat any type of bread or certain food products, known as chametz, such as pasta, pastries, crackers, corn, etc. Sephardic families usually can eat rice during Passover, while Ashkenazi families generally do not.

Sukkot: This week-long holiday celebrates the fall harvest and commemorates the protection God granted to the Jewish people during their forty-year voyage from Egypt to Israel. A common characteristic of this holiday is the Sukkah, an outdoor shelter consisting of at least three walls and usually a bamboo or palm branch roof. Families eat their meals within the sukkah during this holiday and some even sleep within it. Another practice of Sukkot is the shaking of the lulav (fond of a date palm tree), the wrapping of which includes myrtle and willow twigs, and the etrog (a citron, similar in shape to a lemon). While reciting a blessing, it is Jewish custom to wave the lulav and etrog in all six directions: right, left, forward, up, down, and backward.

Purim: This holiday celebrates the story of Esther in her bravery to confront her husband King Achashverosh regarding her Judaism and the apparent danger of the Jewish people under his adviser, Haman (boo!) who planned to rid of all the Jews in the land. Through disclosing her identity to her king, she could have been sentenced to death but rather Esther, with the help of her cousin Mordecai, was able to report Haman (boo!) and save the Jewish people. On this holiday, thought of often as a Jewish Halloween, Jews dress up in costumes, hold festivities, and recite this story using groggers to boo and drown the name of Haman when he is mentioned. They also enjoy triangular-shaped cookies called hamantaschen, resemblant of the villain’s hat.

Hanukkah/Chanukah: This holiday celebrates the miracles that occurred centuries ago as the Maccabees, a small group of Jewish warriors, rose and defeated the mighty Greeks, as well as a small amount of candle oil lasted eight nights, hence the length of Hanukkah. Every night, a new candle is lit in addition to the shamash candle on the menorah, a traditional stand for these candles. During this holiday, due to the oil that lasted, Jews eat many oily foods. The most common treats enjoyed during Hanukkah are latkes, potato pancakes, and jelly donuts. Gelt, chocolate coins, are also eaten and gambled with when playing the game of the dreidel, a spinning top with Hebrew letters written on every side. These letters- nun, gimel, hei, and shin- represent the saying “Nes Gadol Hayah Sham,” meaning “A great miracle happened there.” Presents are gifted during Hanukkah as well, though this aspect is less due to the holiday and more a part of modern culture.

Yom Hashoah/Holocaust Remembrance Day: This holiday is what it sounds- a day to remember, mourn, and reflect upon all the lives lost in the Holocaust. During this holiday, Jews light a special yellow candle and recite a blessing, commemorating those killed.

Note that this is not a complete list and there are many other important Jewish holidays including Simchat Torah, Tu Bishvat, and Shavuot.  All Jewish holidays hold great importance, therefore, these holidays are extremely significant even if not listed in the above column.

Why are Jewish Holidays Never on the Same Annual Date?

Jewish holidays are actually on the same date every year, but this is according to the Hebrew calendar. Unlike our purely solar Gregorian calendar, the Hebrew calendar is mostly lunar (with some elements of the solar calendar), meaning the dates and length of a year do not match up with the former. Therefore, the dates seem to always change according to those who use the Gregorian calendar, but are consistent with the Hebrew.

How Do I Greet My Religious Friend?

Wishing a Jew a happy holiday in Hebrew can differ depending on the holiday. Here are some standard holiday-based greetings:

Chag Sameach (Chog-Sa-may-ahk): This means “Happy Holiday” and can be used for nearly any holiday but is most common with the High Holidays and Passover, the latter for which you would say Chag Pesach Sameach.

Shabbat Shalom (shah-loam): This greeting is used to wish another a good Sabbath during Shabbat.

Shana Tohvah (shah-nah toe-vah): This is a simple greeting wishing another a Happy New Year during Rosh Hashanah.

Simple Greetings: Jewish greetings are not always in Hebrew, nor do you have to learn these to impress your Jewish friend. Many greetings merely have a simple Happy in front of them including:

No matter which greeting you decide to use, I’m sure your Jewish friend will appreciate the well wishes!

Judaism is an ancient religion, with an abundance of holidays reflecting every triumph, tragedy, and tale our Jewish ancestors endured to allow this religion to persevere into the modern century. Although it may seem extensive- these ample anniversaries- they represent the strife, courage, and joy of the Jews, and are never forgotten amongst an ever-changing world. Therefore, I sincerely hope this rundown of important Jewish holidays was helpful and allows you to be better acquainted with these traditions and maybe even impress your Jewish buddies with your newly found knowledge. Todah Rabah!